We are now ready to tag the release.

You should already have a checkout of the release branch. Ensure this is up to date, especailly as you will have merged the version stamping changes.

Now we tag the release

It may be that you may need to do some remedial commits at this point.

For any new commits at this point, we should manually update headers as it is difficult to re-run the version stamper. You may also need to update docs and your Release Notes as well.

If you have added extra commits you will need to update the release tag.

After this we then need to create the release on github.

By clicking on the … on the right hand side we can create a release. 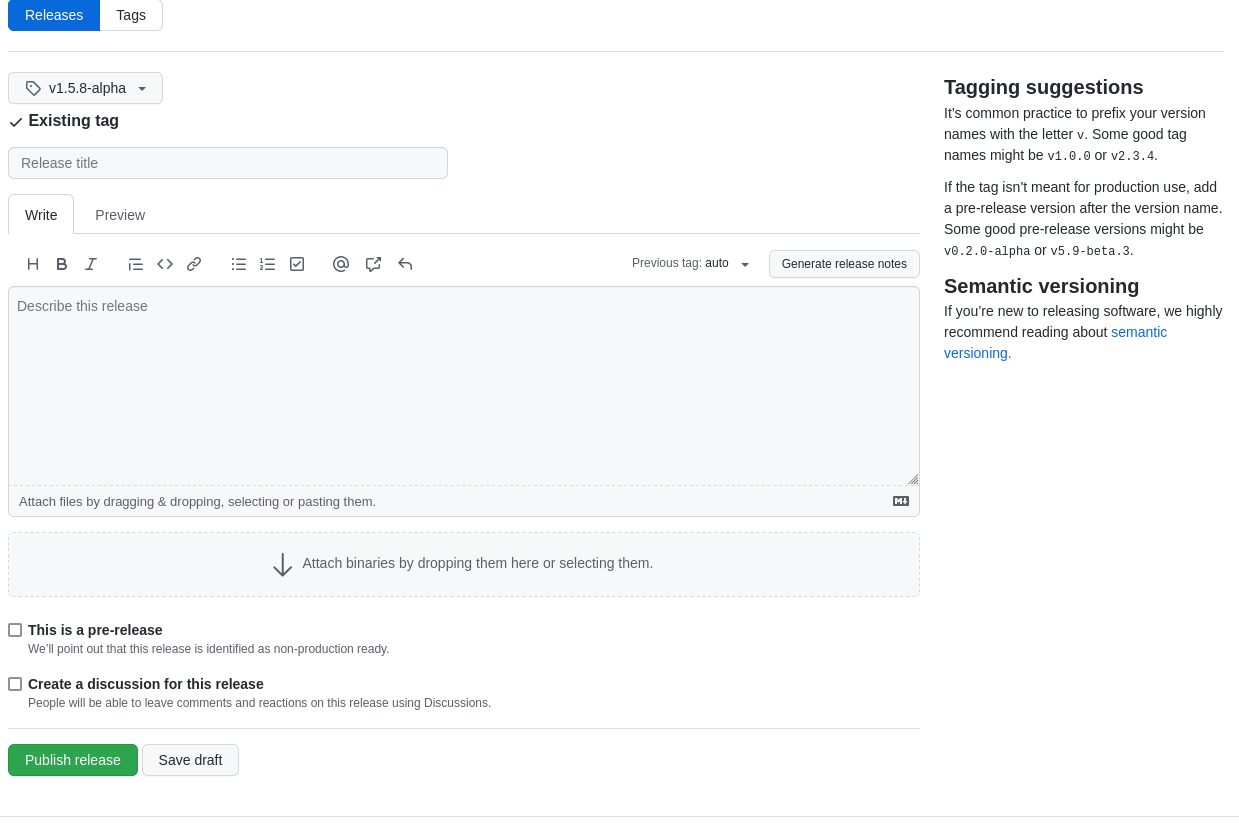 The title is usually the same name as the tag name.

The description should point the the https://docs.zen-cart.com release documentation.

Don’t for get to mark it as a pre-release if necessary.


Is there an error or omission on this page? Please post to General Questions on the support forum. Or, if you'd like to open a pull request, just review the guidelines and get started. You can even PR right here.
Last modified July 25, 2022 by Scott C Wilson (1cbd8967).